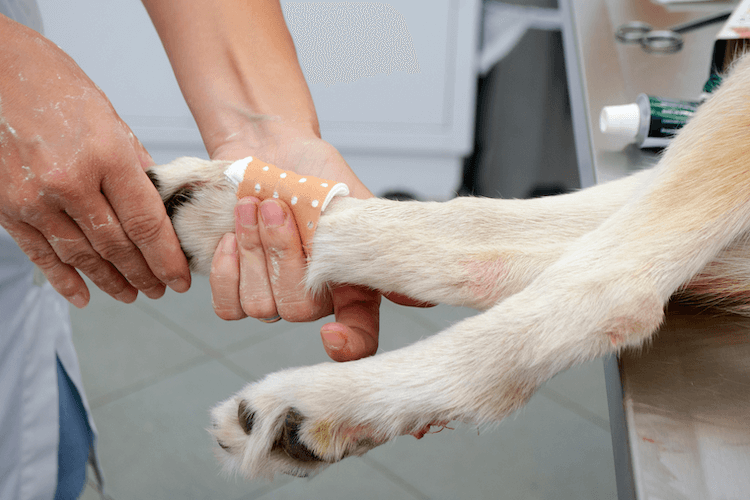 If you have ever had to clean your dog’s muddy feet, you will have seen that they have 4 digits on their front feet. But did you notice the extra claw a little higher up on the inside of their paw? This is a dew claw.

Some dogs have dew claws on their front feet, some on their back feet too, and some on just one paw! Keep on reading to find out exactly what a dew claw is. We also share how your dog might break their dew claw and what to do if they accidentally injure it.

What Is A Dew Claw?

The dew claw in dogs is the equivalent of the thumb in humans.

It is an extra digit found on the inside of your dog’s leg, slightly higher up than the rest of the digits. 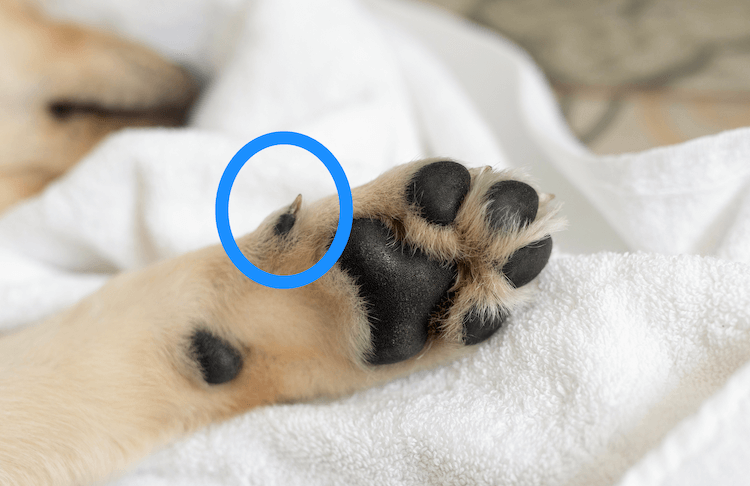 Most dogs will have dew claws on both front legs, but some might also have them on their back legs. Some breeds might even have two hind dew claws on each leg!

Whether a dog has hind dew claws is genetic.

In general, breeds that have hind dew claws are large livestock guarding breeds such as Pyrenean Mountain dogs, Beaucerons and Anatolian Shepherd dogs. All these dogs descend from a common ancestor and therefore most of their descendants have inherited them. 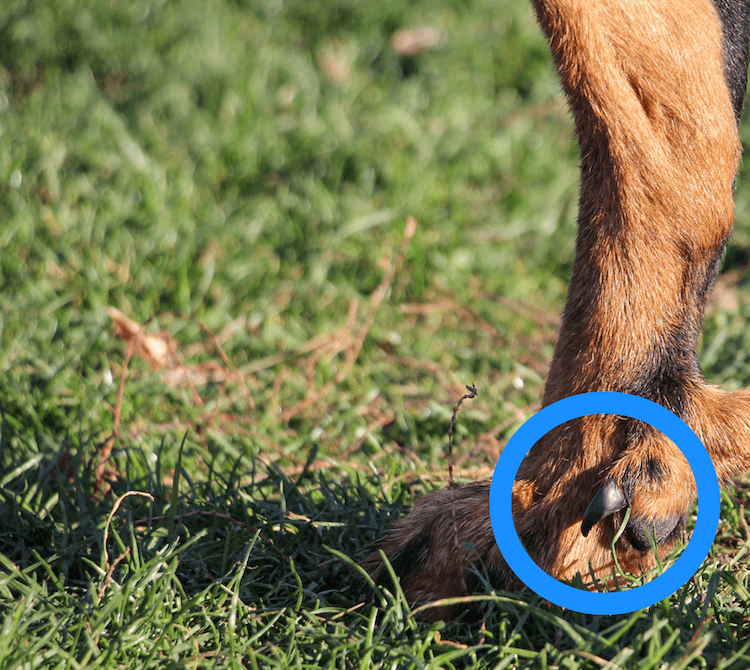 It is not a rule that only large livestock guardian dogs have hind dew claws.

Smaller breeds can have them too. French Bulldogs, Dachshunds, and even Chihuahuas occasionally have them.

Another interesting difference is that dew claws have fewer bones than the other digits.

The four toes are each made up of three bones, called phalanges, while the foreleg dew claw only has two. Hind ones are made up of just one bone, the single phalanx from which the claw grows.

Human hands are the same. Take a look at your fingers and notice that you have two joints between three different bones, while your thumb has just the one joint between two bones!

You can feel the difference between a front and hind dew claw by gently wiggling them.

The front will only move slightly in a frontwards and backwards direction, while the hind one is much more mobile and will wiggle a lot more thanks to its very loose attachment.

Why Do Dogs Have Them? 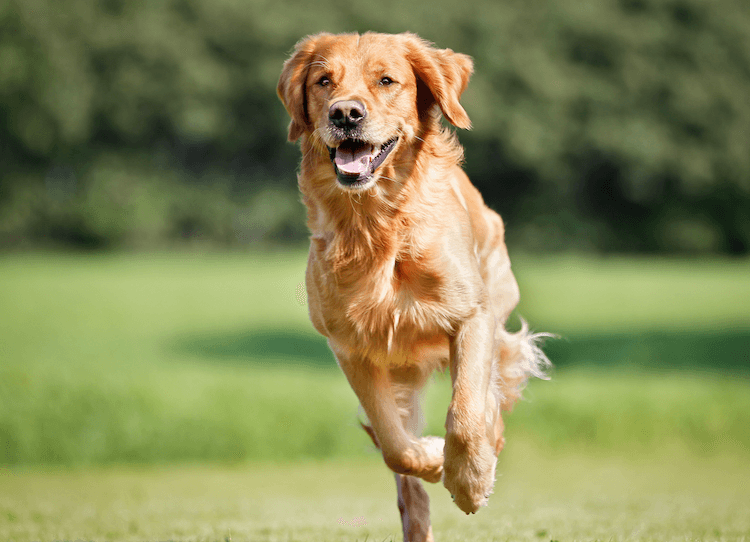 Dogs have front dew claws to stabilize their wrist when they are running and playing.

When your dog is running, there is a lot of force travelling down their leg. This means the wrist (known as the carpal joint) extends to the point where the dew claw meets the ground.

The dew claw absorbs some of the impact, as well as helping to stabilize and balance your dog when they are running, turning corners and generally goofing around!

Your dog’s front dew claws stabilize their wrist the same way your thumb does for your wrist.

If you spread your fingers out wide, then press your fingertips into a flat surface from directly above, you’ll notice your thumb stabilizes your hand at the back and prevents your whole arm collapsing downwards.

Now fold your thumb into your palm and do the same again. This time, your hand will have collapsed downwards, so your palm met the surface.

Dew claws can be used to help dogs grip things too. 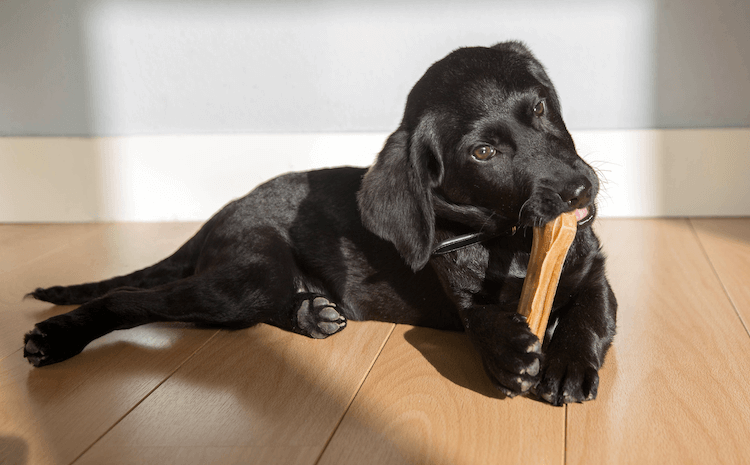 Watch the next time your dog has a chew toy or bone. They will hold it between their front paws, using the dew claws to help hold the bone or toy upright.

The purpose of the loose hind dew claw is unclear, especially since many breeds do not have them. Hind dew claws are most commonly found in large working dog breeds. This suggests that there was a common ancestor who had them, but the actual function of them is unknown.

What Should I Do If My Dog Breaks Their Dew Claw?

Dog dew claws are easily injured or broken due to their vulnerable position on the foot. Below is a summary of each type of dew claw injury with a quick guide to treatment. After the summary table there is a more in-depth discussion of each injury to help you know what to do. 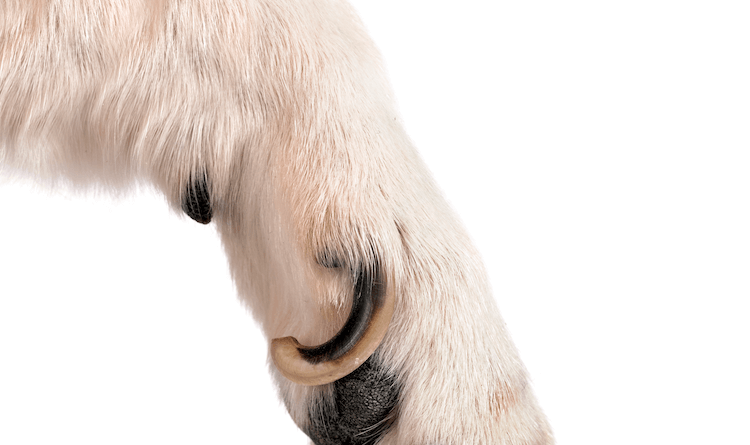 Dew claws grow at around the same speed as the other four claws on a dog’s paw, but they are not in constant contact with the ground. This means that they can easily become overgrown as they are not being worn away at the same rate.

Overgrown dew claws are especially common in active dogs who are constantly wearing down their main claws, while the dew claw continues to grow.

While all the other claws look fine, the dew claws can easily become overgrown.

If they are left to grow, the natural curve of the nail means that it will start to curl back into the toe. Eventually, the nail will break the skin and grow into the flesh of the toe.

This is known as an ingrown dew claw and will be painful for your dog.

If you notice your dog’s nail has grown long, you can trim it yourself at home. Just make sure the nail hasn’t broken the skin.

The easiest way to cut the nail back is to simply take the very tip of the nail off by carefully trimming it back gradually, rather than taking off a large chunk at once. Be careful to avoid the quick of the nail which houses the nerves and blood supply.

If your dog’s dew claw is ingrown to the point of breaking the skin, they will need to go to the vet to have it trimmed and dressed.

Dew claws grow in a hook shape because of the natural curl of the nail. This means they are easily caught on bushes, rocks, fences, or toys, which can cause them to tear, split or break.

No matter how small the tear is, a dog with a torn dew claw will need to visit the vet.

The remaining broken nail will need to be removed in order to allow the claw to grow back properly. Also, there is a chance that your dog might have injured the toe or their leg in the process of breaking the dew claw.

If the dew claw has fully torn off, your dog should still visit a vet to make sure they haven’t done any further damage to the toe.

For a dog that isn’t limping, or if the broken nail is not bleeding, you can probably wait a few days for the next available appointment. If your dog is limping or licking at the claw, or it is bleeding, you should take them to the vet as soon as possible.

A dog will be licking their claw because it is painful or uncomfortable. If you have a buster collar at home, you can put that on until the vet appointment to stop your dog licking and reduce the chance of it getting infected.

A dog’s dew claw might bleed if it has been torn off or damaged at the quick.

Dew claws bleed a lot, so don’t panic if there seems to be a lot of blood! The quick is where the nerves and blood vessels are.

The first thing to do is to clean off the paw as much as possible with water, and then dry the paw thoroughly.

If the quick is still bleeding you can apply some styptic powder or cornstarch, cover it with a cotton ball and then wrap it tightly in vetwrap. Make sure you can fit two fingers underneath the bandage, otherwise you risk it being too tight and that might cause the foot to swell.

Once bandaged, take your dog to the vet.

The vet will likely sedate your dog, so that they can have a proper look at the bleeding dew claw. They will trim the hair around the toe so they can see it properly, and then remove any remaining broken fragments.

A vet will give your dog pain killers and may give them antibiotics if there is evidence of infection.

A broken dew claw with the quick exposed is a common injury, especially for sighthounds.

The quick is the inner part of the claw that contains the nerves and blood supply. All claws have a quick, not just the dew claw.

Dew claws are especially easy for your dog to damage which means that the quick is at a higher risk of becoming exposed.

The dew claw will heal itself within two to three weeks, but during this time you should keep the paw bandaged to prevent the quick being exposed. Your dog may also need pain medication depending on how much quick has been exposed.

An infection might occur following a ripped dew claw if bacteria enters the toe through the tear. Given how much dirt your dog’s feet are exposed to every day, dew claw infections are not uncommon.

Infections can also occur if your dog is chewing at their nail, or if the nail has become ingrown into the flesh of the toe.

You can recognize an infection by looking for the following signs:

An infected dew claw is not an emergency, but your dog should still see a vet.

They will need antibiotics to stop the infection and may need to have their foot bathed in an antiseptic solution to help keep the paw clean and prevent the spread of infection further up the leg.

Will a broken dew claw heal itself?

A dew claw will naturally heal if there are no fragments or remaining claw to prevent the growth. Your dog’s dew claw will almost immediately begin growing back, and after two to three weeks it will have almost completely regrown and be normal once again. If the quick has been exposed, it will take around three days for it to heal and no longer be sensitive.

What do you do when a dog’s dew claw breaks?

The first thing to do if your dog’s dew claw breaks is to not panic! It might seem like there is a lot of blood, but in reality, it is not. Start by cleaning off the paw as much as possible with water, and then dry the paw thoroughly. Temporarily control the bleeding with some styptic powder or cornstarch, cover with a cotton ball and then wrap it tightly in vetwrap.

Should I take my dog to the vet for a broken dew claw?

A broken dew claw, although not a life-threatening emergency, would be considered urgent to be seen by a vet. Bleeding, torn or split dew claws can be painful for your dog and there is a risk of infection. If your dog is not limping or bleeding, you can wait for a few days. 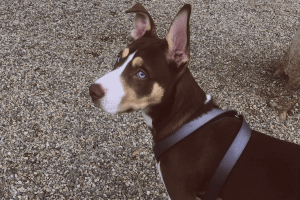 Pitsky Dog Breed: Everything You Need To Know 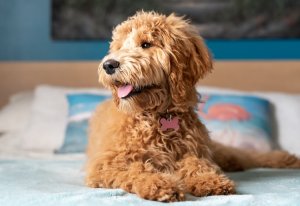