Golden Retrievers are the classic family dog. They have glowing golden hair and a heart that loves just about anyone. With their silliness and sense of humor they are sure to bring lots of laughs and joy into your home.

But for some people their size can be a little too big for their home.

So is it possible to have this perfect dog in mini form? You actually can!

Mini Golden Retrievers are very real, but they might not be as small as you expect them to be. They are also not a purebred breed. 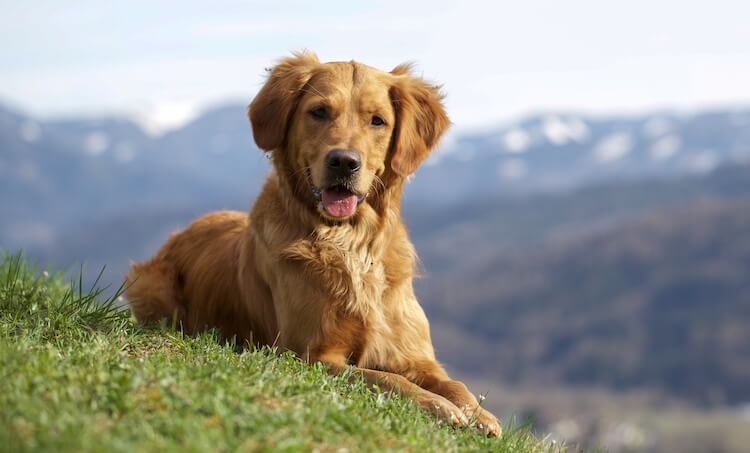 Many fans of this breed want to know how big do Mini Golden Retrievers get.

Yes they have the word ‘Mini’ in their name, but they are not actually a recognized miniature breed. This is the same for Miniature Labradors and Mini German Shepherds.

Usually Mini Golden Retrievers are 14 to 18 inches tall and between 20 and 45 pounds.

They will never be as small as a Cocker Spaniel or Mini Poodle, but they will be a small Golden Retriever.

Standard Retrievers when fully grown are between 21.5 and 24 inches tall and can weigh as much as 75 pounds.

Usually female Golden Retrievers are the mothers and are crossed with either a male Cocker Spaniel, King Charles Cavalier Spaniel or Mini Poodle. Females are also usually smaller than males so using them helps with shrinking this breed into the mini version.

2. This Tiny Golden Pooch Is Bred From Three Dogs

You might think that a Mini Golden Retriever is a purebred in a smaller body. This is not true, they are actually a mixed breed.

To breed Miniature Golden Retrievers a purebred Golden must be bred with another breed that is smaller than it. Dog breeds that are typically used include:

By breeding the Golden Retriever with anyone of these three breeds, you sometimes get a dog that looks just like them, but smaller in size.

The Mini Poodle is the breed that is most commonly used. If the Poodle’s genes are strong you will end up with the Mini Goldendoodle.

Since the Golden Retriever is mixed with another breed to get a smaller version it is considered a designer dog breed. It is recognized by the Designer Breed Registry and other designer kennel clubs, but they cannot be registered with the American Kennel Club.

What makes this pup so special is that they will look just like a Golden Retriever, but in mini form. They will keep all of the breed’s best traits such as friendliness, sociability, playfulness and gentleness.

At first glance no one will ever know that your petite Golden Retriever is not purebred at all!

They were bred to be the perfect dog for anyone who wants this breed, but does not want their large size.

3. Mini Golden Retrievers Are Not Cheap

These dogs are a very popular designer breed that come with a big price tag. They can cost you even more than a regular Golden Retriever.

These dogs are specifically bred for people looking for a smaller Golden Retriever.

Their low supply and high demand makes breeders increase the price tag. Sometimes these puppies are even marketed as “Comfort Retrievers” and you will pay over $5,000 for these dogs.

Some backyard breeders do breed these dogs to make a profit, but reputable breeders are charging you for the quality of the puppy and its parents pedigree.

Make sure that the breeder you are buying a puppy from is trustworthy. Ask them for the history of the parents and medical records. Ask to see the puppy, the litter and parents. These are generally good signs that the breeder is reputable. 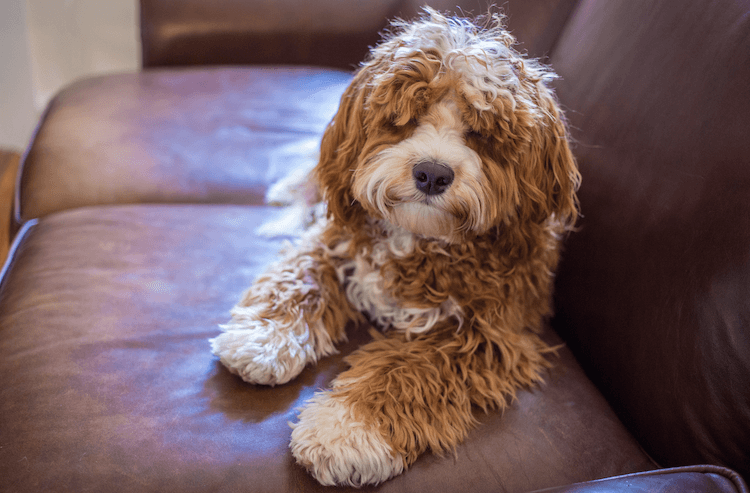 The Miniature Goldendoodle is a type of dog that looks like a Mini Golden Retriever.

Both dogs can look similar because of their long, golden, wavy and smooth hair. They also have the broad skull and straight muzzle of a Golden.

Some puppies inherit the curly hair of the Poodle so they will look more like a Golden with curls. These pups have very curly hair and have more Poodle genes. They are the same breed, but they might be called a Mini Goldendoodle instead.

They are a mix of a Golden Retriever and Spaniel or Mini Poodle.

Goldendoodles are bred to be a Golden with the hypoallergenic fur of the Poodle. They are a Golden Retriever and Poodle mix.

Some puppies could have curly hair, but most of the time you will find them with straight hair that sheds. Whether you call a Golden Retriever and Mini Poodle mix a Mini Golden Retriever or Mini Goldendoodle is not always clear. What normally makes them different is their coat. 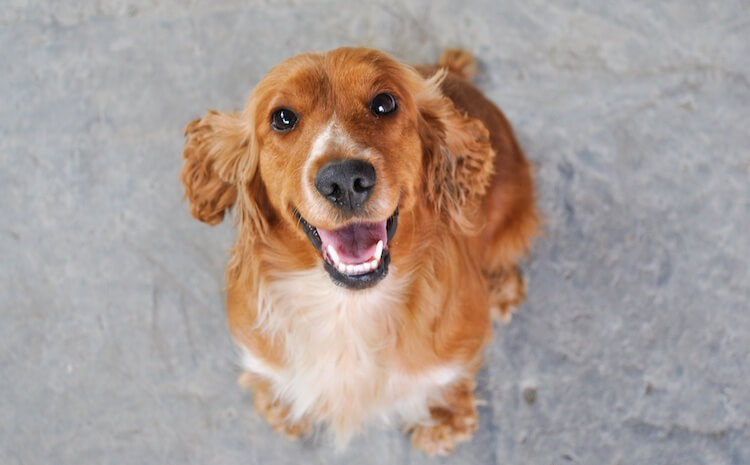 The Golden Cavalier is a mix between the Golden Retriever and the Cavalier King Charles Spaniel.

These puppies usually inherit more Spaniel genes so have their long, floppy ears and large round eyes. They can also be slightly bigger at 14 to 24 inches.

Golden Cavaliers are usually golden, but they can also be other colors like black, brown, red, tan and black and white. They often do not look exactly like a smaller Golden Retriever, so you might not find them sold under that name.

If you truly want a Mini Golden Retriever you will probably be looking for one with a golden coat. You will get a golden puppy from mixing a golden Cocker Spaniel. With this kind of mix you are more likely to inherit the popular smooth coat.

Mini Golden Cocker Retriever is one of the names for this breed when it is bred specifically from the Cocker Spaniel.

6. Mini Golden Retrievers Can Be Red 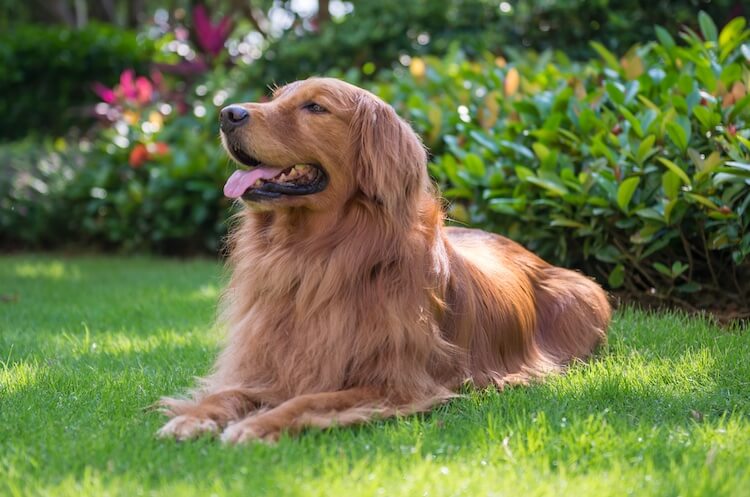 Golden Retrievers are known for their beautiful golden coats, but did you know they could also be red? They can be any shade from a light cream to a dark red. Some have such a rich, dark gold that they look red.

Red Mini Golden Retrievers exist too and they also have this red coat color.

In fact they can also get this red coat from the Cocker Spaniel, Cavalier King Charles Spaniel and Poodle.

Red Minis are dogs that have a golden orange coat that looks red. Their coat is long, smooth and wavy. Sometimes it can be a bit curly too. What makes them different is their fiery red color. Most of the time they will be a solid rusty red.

Sometimes these pups can also have patches of white on their chest. This is completely fine as they are a mixed breed and there is no official standard.

Mini Golden Retrievers go by many names, which can confuse a lot of people.

Names they are known by are usually based on their size or the parent breeds that were used.

Some names that refer to their size are:

Names that refer to their parent breeds are:

All of these breeds are different but they are all considered Mini Golden Retrievers.

Sometimes you will also hear these pups called Comfort Retrievers. This name was coined by Kathy Burgess when she first started breeding these puppies in 2003. She called them “Comfort Retrievers” because they are a comfortable size.

With so many names it can be hard to know what breeders are selling. But all of these names just refer to the adorable Miniature Golden Retriever!

Their size can vary based on who their parents are.

For example, the Golden Retriever Cocker Spaniel mix tends to be bigger than the Cavalier King Charles Spaniel mix. A Mini Golden Cavalier can weigh just 15 to 30 pounds and will stay small.

If you are expecting a tiny dog like a Yorkshire Terrier, then this dog is not small in comparison. The ‘mini’ in their name does not mean that they will be a Toy breed.

Puppies can weigh 2 to 5 pounds and then grow to reach 20 to 45 pounds by their second birthday. They will not stay tiny like Toy breeds that are no more than 15 pounds when fully grown.

Golden Retrievers do shed their fur as they have a double coat. You can expect to find golden hairs scattered around your home year-round, but mostly in the Fall and Spring.

Miniatures bred from a Cocker Spaniel or Cavalier King Charles Spaniel will be moderate shedders too.

As medium shedders they will need regular brushing. They should be brushed at least once or twice a week, but during times of heavy shedding they will need to be brushed every day. Brushing will make sure their long, wavy hair doesn’t get tangled.

If your puppy is bred from the hypoallergenic Poodle then they are going to be low shedders. For people who are allergic to dog hair, the Mini Golden Retriever with Poodle genes is often a good option. This pup will shed less than a regular.

One of the added benefits is that low shedding Miniatures will only need brushing twice a week all year.

Bathing them at least once a month is also important. It helps with removing the dead hair and keeping your golden furry friend clean. Do not over bathe them though as it might dry out their skin and strip away their coat’s natural oils. 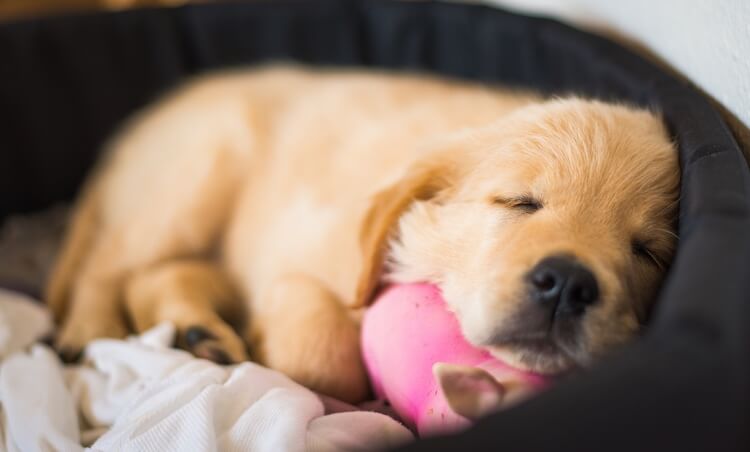 These small retrievers are a mixed breed so you will not find puppies for sale on kennel club marketplaces. But you will find a lot of reputable breeders that do sell these adorable miniature pups.

One place you can start with is Comfort Retrievers, the first breeders that bred Mini Golden Retriever puppies. Taylormade Miniatures are another breeder that you can check out. You are sure to get a high-quality pup from these breeders, but they can charge as much as $5000 for one puppy.

The cheapest place that you will find a Miniature Golden Retriever is at a rescue.

Rescues typically charge you a smaller fee for adoption. The fees change depending on the shelter, but on average they will be between $50 and $350.

Good places to look for are your local Golden Retriever or Goldendoodle rescue groups. Rescues might not be able to provide you the dog’s history and it is more likely that they will have older dogs, but it is always worth checking. You never know when a Mini Golden Retriever might need a new home.

Mini Golden Retrievers are bred for people who want all the love and silliness of a Golden Retriever in a cute and small size. They are no more than 45 pounds and 24 inches tall so they are much easier to take care of.

While many people think this dog is a purebred, they are actually a mixed breed.

There are also three types of Mini Retriever. They can be bred by mixing a Golden Retriever with a Cocker Spaniel, Cavalier King Charles Spaniel and Mini Poodle. 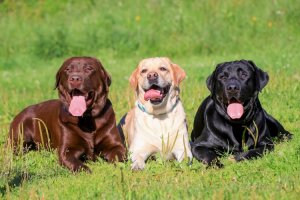 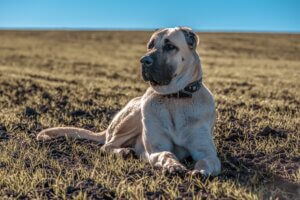