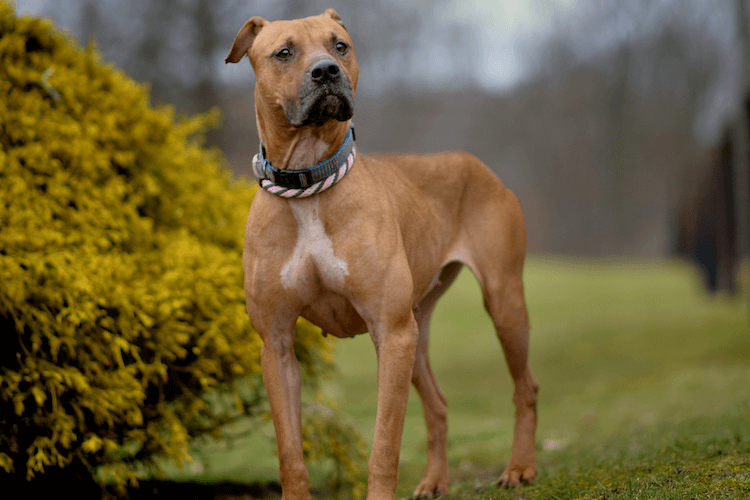 As one of the most famous cartoon dogs in the world, everyone recognizes Scooby Doo.

He is brown all over, with distinctive black spots on his back!

First seen on TV in 1969 and still loved by many today, Scooby-Doo is one of the five members of the Mystery Inc. gang.

Even though he is a dog, Scooby often walks on his two back legs and helps the Mystery Inc. gang solve crimes.

Keep on reading as we share everything you never knew about this famous cartoon dog.

What Kind Of Dog Is Scooby Doo?

We all know what Scooby-Doo looks like, but what dog breed is he?

Scooby Doo is a Great Dane and he has many recognizable features that give him away.

His size is the number one trait that makes it clear he’s a Great Dane.

We don’t know exactly how tall Scooby-Doo is, with him being listed as measuring “12 paws” tall. One thing we do know is that he can easily put his paws on Shaggy’s (his owner) shoulders when he stands on his back legs. This is something which most Great Danes can do when fully grown too!

Great Danes are one of the tallest dog breeds ever, with males measuring at least 30 inches tall.

Aside from his size, Scooby also has a Great Dane’s long neck, square head, broad chest and well-defined shoulders.

There are also some things that make it less recognizable that Scooby is a Great Dane.

He has bowed legs, a curved back, and a big chin, all of which are undesirable traits, according to the Kennel Club.

His fawn body with black spots is also not accepted as one of the recognized breed colors.

And of course, let’s not forget that he is a cartoon character.

As a member of Mystery Inc. he can eat human food, walk on two legs, talk English, and solve mysteries. No matter how clever or adorable this breed may be, they certainly can’t do any of that!

There are many ways in which Scooby Doo is like a Great Dane, but there are some features that make him unique and different from them too.

Scooby-Doo is a Great Dane, but just how similar is he to this breed?

Scooby Doo is most similar to a fawn Great Dane, with his brown coat and black nose.

However, from his cartoon-like body shape to his clumsy personality, there are many ways in which Scooby-Doo is not like a Great Dane.

One of the funniest ways he is different is his comically large chin and wonky smile.

This breed normally has a chin so small that it is hidden by their large, droopy jowls.

In the TV show, Scooby is clumsy and has an iconic run when being chased by monsters in which his legs move but he doesn’t. This matches up with his goofy personality and his scaredy-cat nature.

Great Danes are not like this and are described as graceful and elegant in movement.

If you’ve ever watched Scooby Doo, you’ll know this sounds nothing like him!

Scooby has many Great Dane siblings that appear in the occasional episode of the show, but his most famous relative is his nephew, Scrappy Doo!

Ready to take on any monster in his path, Scrappy-Doo is different from Scooby because he is brave and courageous – just like the real breed.

Great Danes are said to be dignified and brave, making great guard dogs of their families.

Their protective and loyal ways combined with their loving and affectionate nature made them a perfect fit for guarding families.

This protectiveness isn’t so far from Scooby-Doo. He is always ready to face the monsters when his owner, Shaggy, is at risk.

The breed is also known for intelligence, not just relying on their giant size to get them through life.

Although you might not immediately think of Scooby-Doo as being clever, he always helps Mystery Inc. solve crimes.

If you are certain that the Great Dane is the breed for you, then take a look at this list of Great Dane breeders.

The Great Dane Club of America has a reliable and trustworthy list of breeders who produce healthy, kennel club approved puppies.

These dogs are a big commitment because of their size and strong temperament.

They also require a lot of food and exercise, as well as plenty of space in the home and a garden big enough for them to both lounge around and play in.

There were many rumors since the show began about what his full name was, with most favoring the name “Scoobert Doobert”. However, an episode airing in 1985 titled ‘The 13 Ghosts of Scooby Doo’ shows his last name listed as “Doo”. In 1988, it was confirmed in another episode that his first name was in fact “Scoobert”.

In 1966, Frank Sinatra made a comeback with a new song called ‘Strangers in the Night’. Sinatra sings a nonsense phrase, “dooby dooby doo”, which the creator of Scooby-Doo used as inspiration for the TV show!

Scooby-Doo can use his front paws just like hands, being able to press buttons, hold items, and move each toe individually like a finger. Dogs are unable to use their paws as hands. They actually have dew claws, which are found higher up on the inside of the leg.

4. He Has A Voracious Appetite, Just Like Great Danes

Scooby-Doo and Great Danes both have voracious appetites. However, Scooby is able to eat human foods, such as pizza and sandwiches. Aside from the risk of obesity and toxicity from human foods, this breed is prone to something called gastric dilatation volvulus.

5. This Cartoon Dog Has The Same Voice As Two Other Animated Dogs

Since the show began in 1969, Scooby-Doo was voiced by voice actor Don Messick for thirty years. You might recognize him as the voice of another Great Dane – Astro in The Jetsons, as well as Muttley from Wacky Races.

Just like Great Danes, Scooby Doo also has littermates. Great Danes often have litters of around 8 puppies, and Scooby is one of 5 pups of the “Doo” family. His siblings are called Howdy Doo, Ruby Doo, Skippy Doo, and Yabba Doo and have been introduced throughout the 50 years that the show has been airing.

7. He Can Speak English

“Scooby Dooby Doo” and “Ruh Roh Raggy” are his two iconic catchphrases. It is clear that while Scooby can speak English, he has a speech impediment in which the first letter of every word is replaced with an R.

8. There Are Many Great Danes In His Family

Scooby-Doo is one of a big family of “Doos”, who are all Great Danes. We meet his extended family on various occasions including his parents, his cousins, and even as far back as his Great Grandpa who appears as a ghost.

9. The Great Dane Breed Is Older Than The TV Show

10. Scooby Is Small For A Great Dane

Scooby-Doo is said to only weigh 70lbs, but with the amount of scooby snacks he eats this is almost certainly incorrect. A fully grown male Great Dane will be anywhere from 140 to 160 pounds, weighing as much as 100lbs more than Scooby.

11. He Was Originally A Sheepdog

When the show was still in the storyboard phases of production, Scooby was a sheepdog instead of a Great Dane. He was changed to the famous Great Dane we know and love today because the sheepdog was considered too similar to a dog called “Hot Dog” in The Archie Show.

How Old Is Scooby Doo?

The show might have begun 53 years ago, but Scooby Doo has always been 7 years old. This was confirmed in the 2002 film and was a mystery before this.

Using our dog age calculator, he would be about 58 in human years.

The life expectancy of a Great Dane is only 7 to 10 years, making Scooby a senior dog in real life.

Shaggy and Scooby share an insatiable appetite, being able to do anything for a Scooby Snack.

As a typical Great Dane, Scooby is very protective of Shaggy and the rest of Mystery Inc.

Scooby Doo was created by Japanese-American animator Iwao Takamoto, previously known for creating characters in Disney films such as Cinderella (1950) and Sleeping Beauty (1959).

His fearless cousin, Scrappy, was created by Joseph Barbera in 1979. 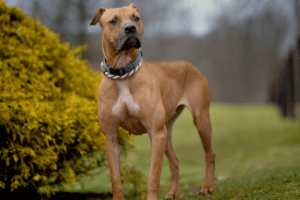 What Kind Of Dog Is Scooby Doo? The Mystery Solved 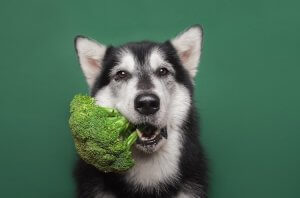